The annual Christmas Party organised by Kingscourt Social Services was held on Sunday last in Cabra Castle Hotel, the attendance of over 140 people were treated  to a sumptuous  meal which was served by very helpful and courteous members  of Cabra Castle Hotel, staff. 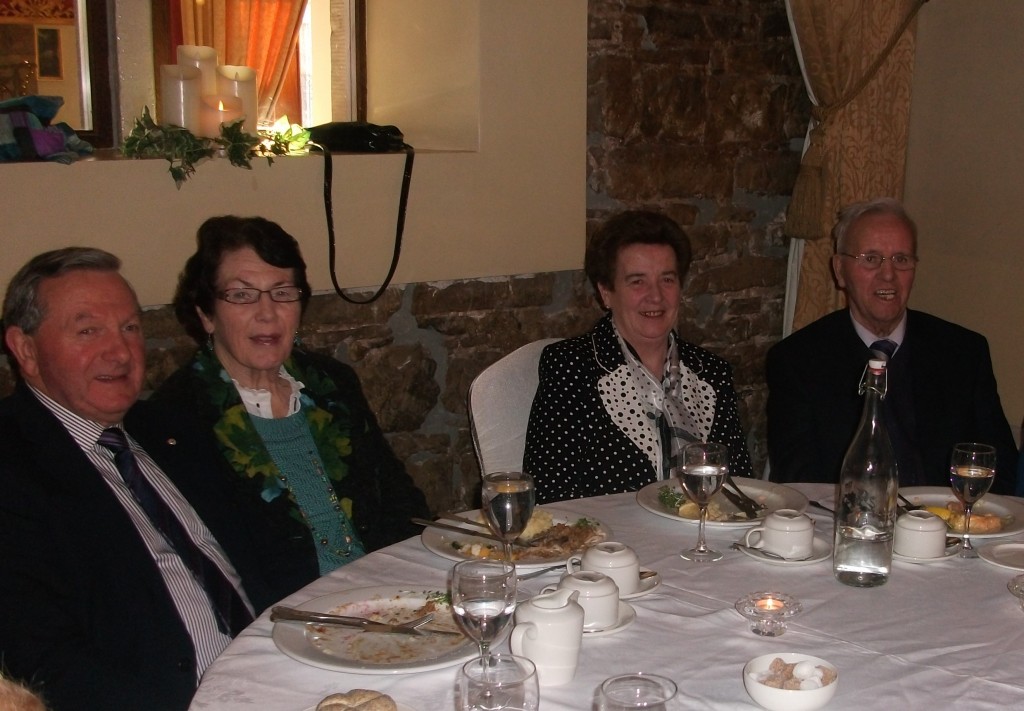 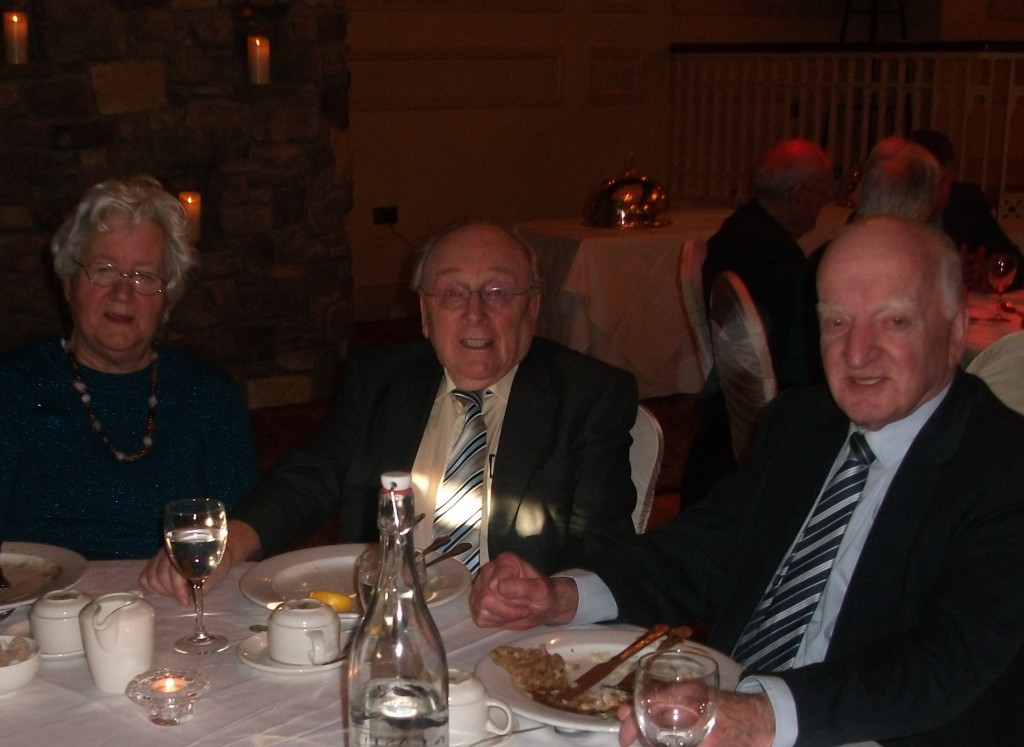 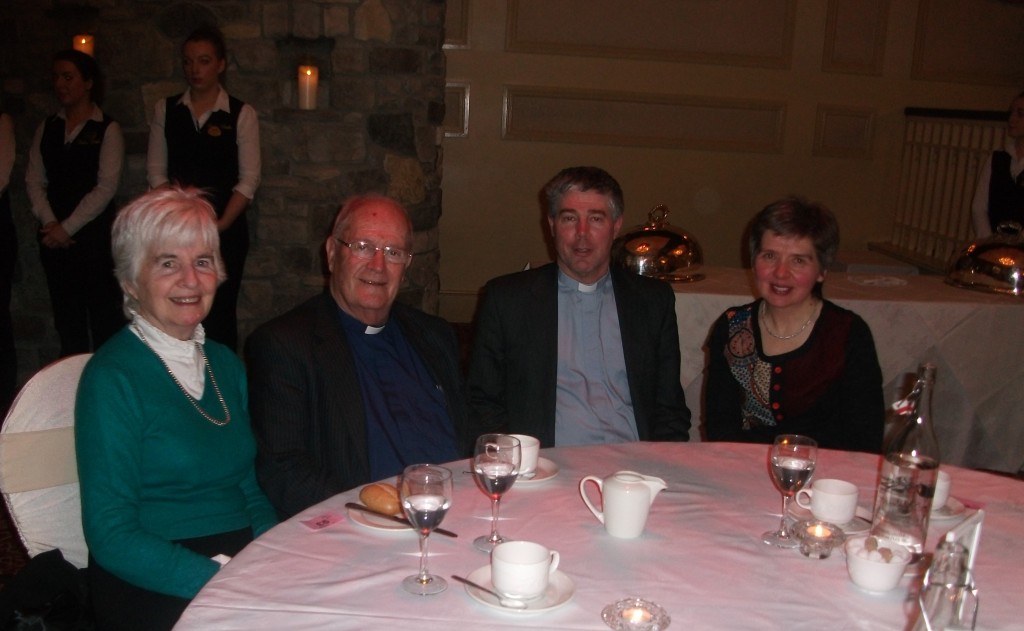 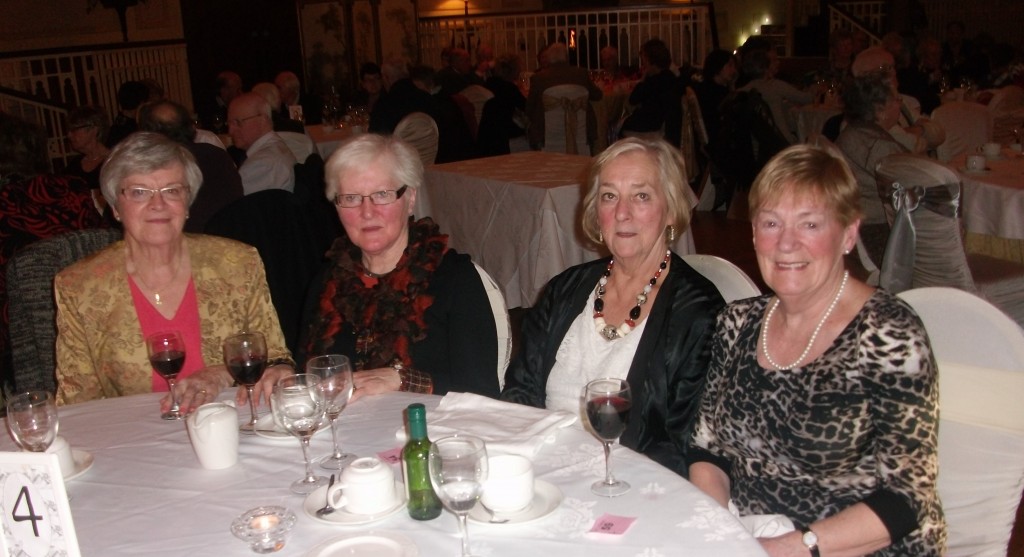 With lots of spot prizes distributed to the large attendance,   it was followed by many fine exhibitions of dancing, to waltz’s and foxtrot’s , a most enjoyable afternoon was had by all .

A meeting of Kingscourt  Community Council was held on Tuesday of last week with arrangements  for this year’s St. Patrick’s  Day parade being discussed, starting as usual from Mt. St. Joseph  at 1.00.pm. Invitations have been sent out to all organisations , clubs and schools to get involved and participate  in this year’s parade. Like on past years the parade will be shown world -wide by  webcam. There will be the usual prizes for best dressed  shop window. this year’s theme  will be the “Thirty’s”

The Parish Community welcomes recently baptised,  Callum  Edward Molloy and Conor  Peter Clarke.  All baptisms take place on the  2 nd & 4 th. Sathurday of each month at 4.00.pm in the Church of the Immaculate Conception, Kingscourt.

Kingscourt St. Vincent de Paul are now looking for volunteers for the new St. Vincent de Paul Charity Shop which is now open and is located at lower Main Street, Kingscourt. Goods are also needed which can be left in on February 3 rd, 4 th – 7 th. from 2.00.pm to 5.00.pm

The death occurred on Saturday n24 th. January of Peter  Farrelly, late of Drumbar, Kingscourt at Kilmainhamwood Nursing Home, he was in his 95 th. year. Deeply regretted by his brother, Frank, Dublin, nephews , nieces, and sisters in law, to whom sympathy is extended. He was predeceased by 1 sister and 10 brothers.  Peter was domiciled  for 20 years in America, returning home in the early sixty’s to live native Drumbar, where he was actively involved in farming activities. He later retired to live in a house in Kilmainhamwood Retirement Village for 10 years after which he moved into the Kilmaimhamwood Nursing Home . He had a great interest in the GAA from an early age, especially hurling, along with his brothers they played with the Kingscourt Stars in the  1940’s, he played in goals,  in Kearney’s field off the Kells road, it was the  playing field for all of the Kingscourt teams, before the later development of O’Raghallaigh Park.  He loved to talking about the great Cavan teams of the early forty’s and fifty’s

The death occurred  of Anna (Nancy) Corrigan (nee Farrelly) Lisnagrew, Kilmainhamwood, on Tuesday 27 th. January, peacefully at her home. The deceased who had been unwell for some time was in her 90 th. year. Predeceased by her husband, Peadar, sons, Patsy and Peter. daughters ,Geraldine, and Philomena. Deeply regretted by her loving daughters, Olve (Courtney) Maura (Barber), Ann (Smyth) and Orla ( Byrne), sons Michael and  Laurance. brother , Michael Farrelly, sister-in-law May ,daughters-in-law, sons-in-law, grandchildren, great-grand children, nephews ,nieces, relatives and friends to whom sympathy is extended . Reposing at Kieran’s Funeral home, Hall Street, Kingscourt  on  Wednesday 28 th. Jan. with removal later to the Church of the Immaculate Conception, Requiem Funeral Mass on Thursday 29 th. Jan. in the Church of the Immaculate Conception, with burial in the adjoining cemetery   .