On Christmas  Eve little did the residents of the area expect  a dramatic change in the weather, by mid-day following on from gales and heavy rainfall  it quickly changed to snow which lasted for over an hour, which developed into a very heavy fall of over 4 inches in some areas. At that time the town was very busy with shoppers .  The  road conditions following the snowfall  in many areas became difficult to travel on, in country areas especially . It was followed by overnight frost which made road conditions even more  treacherous .  The County Council salt spreading lorry’s  eased the situation on main roads. Following a rise in temperatures  most of the snow had melted by St. Stephen’s  day.

Many residents in the area, continued the Christmas tradition of placing a lighted candle  in the windows of their homes on Christmas Eve to welcome the Christ child to our homes and parish community.

There were large attendances at all  Church services on Christmas Eve and on Christmas  day, with  in many cases the return of exiles  to  spend  Christmas  with their families .

Sympathy is extended to Mrs. Pauline Garcia   St. Mary’s Road, Kingscourt, on the death of her sister, Maggie  Loughran (nee Clarke )  Newtown , Kilmainhamwood, who died on Sunday 15 th. December.  Funeral on Tuesday 17 th. Dec. following requiem Mass in the Church of the Sacred Heart, Kilmainhamwood, with burial in the adjoining cemetery.

Photo shows the Christmas Crib in the Church of the Immaculate Conception, Kingscourt. 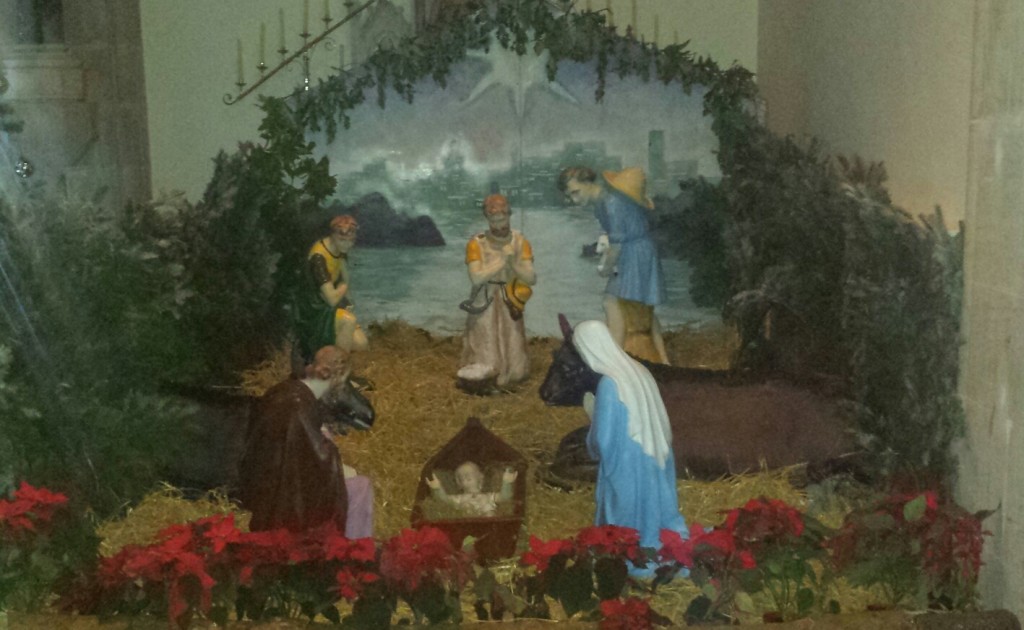