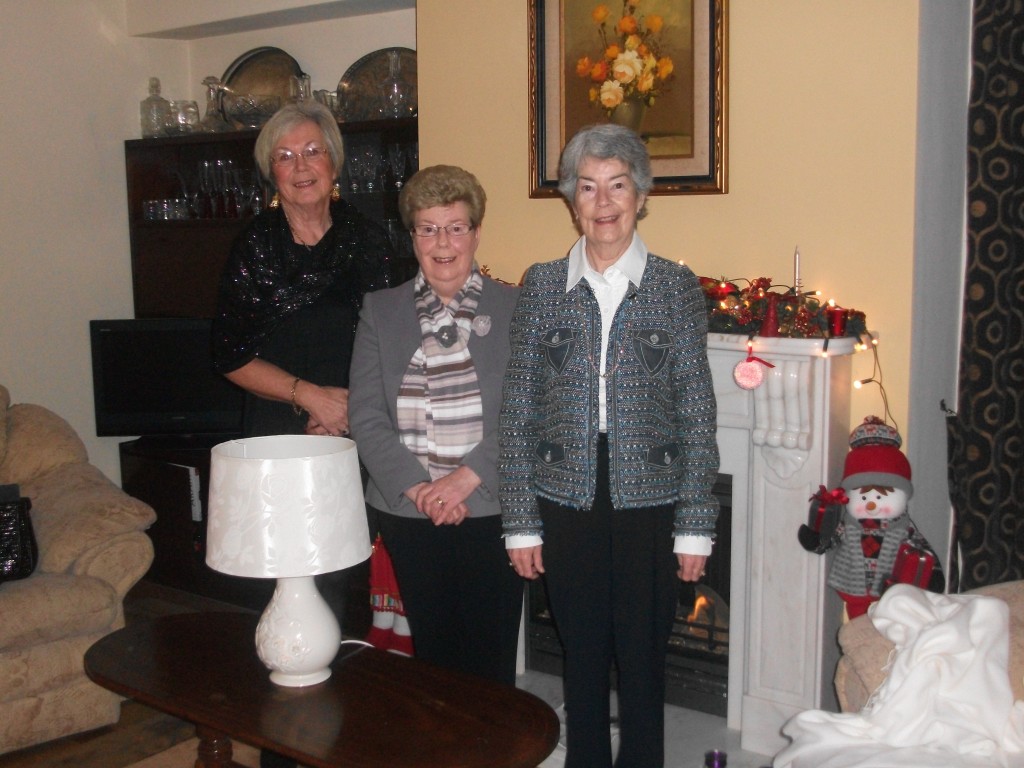 The  AGM of Kingscourt  Credit Union was held  on Friday 12 th. December in the Matt Talbot Hall, with a large attendance of members present.

Kingscourt Credit Union opened for business on 15 th. February 1971 (Decimal Day for those old enough to remember it)

From humble beginnings, operating from a made-up counter in a corner of St. Mary’s Hall, for 1.5 hours on Saturday nights and 1.5 hours on Sunday mornings, it has flourished. It now operates  5 days per week in a fine building on the town’s main street, with membership  approaching 8,000 has assets of € 44 million.

There are now close to 8,000 members who use  their “Credit Union”  for purposes of saving, borrowing, transferring  money to other businesses and buying or selling  foreign currency . While most of the original  funds were loaned to the members  the trend has changed  over recent years and only a small percentage of available funds are borrowed by members. However , there has been a slight increase in the overall loan book at the year end and it is hoped that this positive trend will continue into the future as KCU has strong reserves and is in a very good position to provide loans and credit facilities to its members.

Kingscourt  Credit Union is managed by a Board of Directors, elected at the AGM, all of whom are volunteers  from the local community. This work is assessed by the Board Oversight Committee, which ensures that the Directors  are fulfilling  their obligations. The manager and staff carry out the day to day operations of the credit union.

The death occurred of Pedar Kieran, Kingscourt, Co. Cavan, suddenly in London, on Sunday 14 th. December. Deeply regretted by  Teresa, son, Peter. daughter; Lisa. Sadly missed by  brothers; Pat , Philip ,& Sean, sisters ; Emily , Bonnie , Rosemary , Teresa , Margaret & Ben, brothers -in-law, sisters-in-law, nephews , nieces, relatives and friends. A former employee of Kingspan Industries for many years where he was employed as an electrician, always with a sense of with and humour. Reposing at  4 Hillcrest, Carrickleck Rd., Kingscourt, removal on Friday morning 19 th. Dec. to the Church of the Immaculate Conception, Kingscourt for Requiem Funeral Mass with burial afterwards in the adjoining cemetery.

There was  genuine regret and sadness in the area at the death of James McCabe  Corglass, Kingscourt, on Thursday 18 th. Dec. , peacefully  at Cavan General Hospital.  Beloved husband of Caroline (nee Martin). Sadly missed by his daughter Ava, mother, Bridget McCabe, brothers, Paddy, Pedar ,John , and Michael , sisters ; Margaret Clarke , Catherine McKenna , Nuala McCabe,  and Bridget McComb, mother-in-law Susan Martin , sisters and brothers -in-law, nieces, nephews, extended family, relatives and friends. A former  employee of Kingspan  Ind. he had been unwell for some time. Reposing at his home Corglas, Kingscourt,  removal on Sunday morning 21 st. December to  The Church of the Immaculate Conception, Kingscourt for Requiem funeral Mass at 12 Noon, with burial afterwards in the adjoining cemetery.